it’s very important for us before anything to deal with trustworthy brands that has been lab tested.

No second-guessing. Only products with certified lab results make it onto our marketplace and into your hands.

Cannabidiol (CBD) CBD, is a chemical compound from the Cannabid? ativa plant, whish is also known as marijuana it?s a naturally occurring compound found in the cannabis plant which has a rich history in medicine since thousands of years ago!

It?s used in products like oils and edibles to impart a feeling of relaxation and calm. Unlike its cousin, delta-9-tetrahydrocannabinol (THC), which is the major active ingredient in marijuana, CBD is not psychoactive. Which means that CBD would not get you high and safe to use in most countries!
Today it has been re-introduced to our world and widely used as it has many benefits:

Anxiety Relief: CBD may be able to help you manage anxiety. it may change the way your brain?s receptors respond to serotonin!

Anti-Seizure: CBD has been in the news before, as a treatment for epilepsy. Research is still in its early days. Researchers are testing how much CBD can reduce the number of seizures in people with epilepsy.

Neuro-protective: Researchers are looking at a receptor located in the brain to learn about the ways that CBD could help people with neurodegenerative disorders, which are diseases that cause the brain and nerves to deteriorate over time.

Pain Relief: The effects of CBD oil on your brain?s receptors may also help you manage pain. (chronic pain, muscle pain, spinal cord injuries, arthritis, and MS pain)
Anti-Acne: The effects of CBD on receptors in the immune system may help reduce overall inflammation in the body. In turn, CBD oil may offer benefits for acne management.
And even used in cancer treatment! Some studies have investigated the role of CBD in preventing cancer cell?growth, but research is still in its early stages. 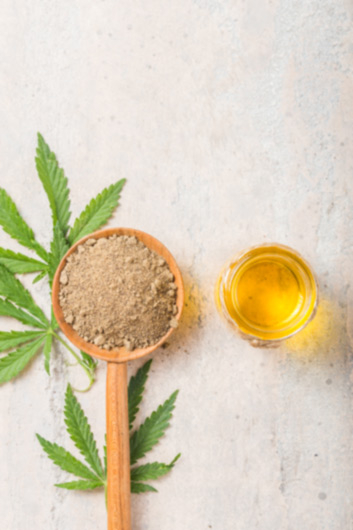 And all New OFFERS?